Education is a second career for Cassreino, who spent more than 25 years as an award-winning journalist, political columnist and investigative reporter for several Mississippi newspapers and owner of his own media consulting company Cassreino Consulting LLC.

Cassreino, 61, enrolled in Teach Mississippi Institute in 2010 – the two-year teacher certification program for professionals offered through the University of Mississippi. Cassreino received his teaching certificate from the Mississippi Department of Education in 2011 and began teaching English 8 that fall.

WJXC’s studio is in Cassreino’s classroom. His journalism students produce the only local programming for the station that otherwise airs EWTN radio programming seven days a week 24 hours a day.

Before converting to a 100 percent digital online platform, The Bear Facts was named one of the nation’s top 50 high school newspapers by the Columbia Scholastic Press Association in New York City. The Mississippi Scholastic Press Association has named Bruin News Now Mississippi’s top high school newscast in 2017 and 2018 as well as a finalist for the award in 2019, 2020, 2021 and 2022.

Cassreino's students have twice been named Mississippi's High School Journalist of the Year. His students also have received the prestigious Orley Hood Award for Excellence in High School Journalism (named after longtime popular Clarion-Ledger sports writer and columnist Orley Hood) six of the nine times the honor has been awarded. Some of his students have gone on to study accounting, political science, business and journalism in college. Students who have studied journalism have interned with ESPN and CBS News "60 Minutes."

Besides that, Cassreino is a two-time runner-up for the Dow Jones News Fund National High School Journalism Teacher of the Year. And he is a four-time Mississippi Scholastic Press Association high school journalism adviser of the year and a finalist the past five years. Cassreino is licensed by the Mississippi Department of Education and the Midsouth Association of Independent Schools to teach high school English and journalism. He is a JEA-certified journalism educator. 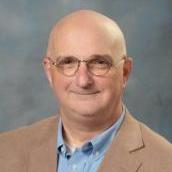