Julie Muse received a Master's in Math Education from the University of Southern Mississippi.  Mrs. Muse has been teaching for 28 years.  She has taught every math (except statistics) from 7th grade math up to Calculus 4 in community college.  She has taught in Biloxi, Gulfport, Madison Central, Northwest Rankin, and Hinds Community College, where she was the math lab tutor as well.  During her first year at Madison Central, Mrs. Muse achieved her National Board Certification, after being out of the classroom for 3 years.  She retired from 25 years in public education to teach at St. Joe, most recently having been at Holmes Community College.

Mrs. Muse lived in Biloxi and attended Mercy Cross Catholic school, and later taught there for 3 years.  She moved to Jackson in 2000.

Julie is married to Henry Muse and has one daughter, Jordan, who is in 11th grade at St. Joe.  They attend St. Richard Catholic Church, where Mrs. Muse is a small faith community co-leader and Jordan is a Eucharistic Minister. They have 3 cats, 1 dog, and 3 stray cats outdoors that keep them busy!  In her spare time when she is not doing Calculus, Mrs. Muse likes to read and watch Netflix and go to the movies.  But, her favorite pastime is watching Jordan play volleyball. 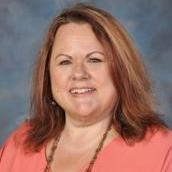