Ms. Bauer is originally from Oxford, MS. She graduated from Oxford High School, then she continued her education at Ole Miss. She graduated with a Bachelor's Degree in Classics and History and a minor in English. Ms. Bauer currently teaches Latin I-IV, French I/II, and Introductory American Sign Language. She is the sponsor for the St. Joe chapter of the National Latin Honor Society, as well as the French and Latin clubs.

Ms. Bauer is not married (much to her father's disappointment) and has an adorable pet rabbit that she loves dearly (her father refuses to consider him a grandchild). She loves Ole Miss football and baseball, and her hobbies include reading, crochet, and trying to learn the word "no" (unsuccessfully so far). 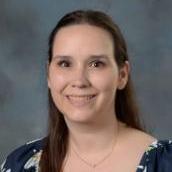